The lesser known models of SoCal

I spent the last week and a half modeling in Los Angeles. Rather than making my way through Hollywood studios, I spent days glued to my computer screen as I ran model simulations of Antarctica using the ice sheet system model (ISSM) developed by the NASA Jet Propulsion Lab (JPL). 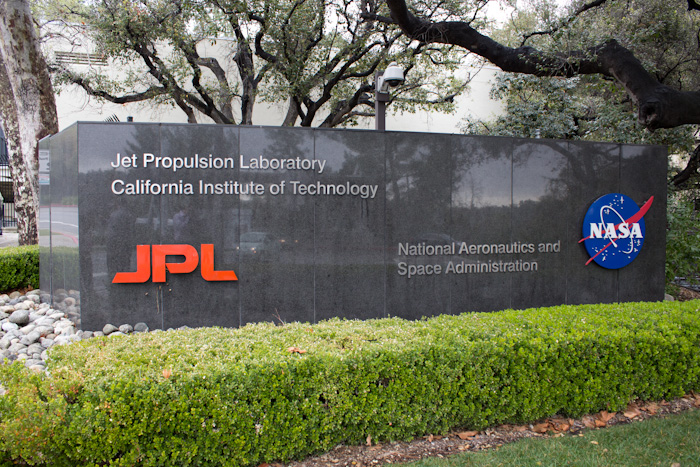 Situated in Pasadena, CA on the northern outskirts of the LA area, this NASA campus boasts over 5,000 employees working on everything from glaciology research to the Mars 2020 mission and beyond. Among scientists, I think it’s fair to say that Pasadena beats out Hollywood for its modeling claim to fame. (If you’re curious what all of the upcoming missions are, check out this link: https://www.jpl.nasa.gov/missions/)

My research visit was arranged to work with our collaborators who built and continue to develop the ISSM model. Much of my PhD research involves running model simulations of Antarctica so this visit was an opportunity for me to advance my capabilities using ISSM, report on my current research, and discuss the next modeling steps I plan to implement.

Why run an ice sheet model? We don’t have many tools to explore what the world will be like in the future. Models are one of the few ways we can capture the current physical state and then run experiments into the future to inform ourselves about the impacts of possible climate scenarios. In my case, I run model simulations of Antarctica to examine how climate forcing could affect the stability of the Antarctic ice sheet, especially at the bed of the ice sheet where the thermal state is very important. Models enable us to predict what regions are most vulnerable to collapse and how much sea level could rise. Many of the news reports you’ve probably seen about climate impacts are ultimately from models like ISSM that work to capture the future state we will experience.

My summer of melt

I’m sure you’ve seen it. People have been asking me about it. This year Greenland has had record breaking heat and extreme melt, and headlines everywhere have been announcing it. This heated media attention over the last month has yet again put the Arctic and climate change in the spotlight.

While I could echo news reports in this blog, I’m not going to. Instead let me add two additional pieces to the story about Greenland and melt.

Part 1: A first hand account. I’ve only been to Greenland once — this summer — so I have no way of comparing the melt I observed this year to previous years. However I tried to capture what this year felt like. From my perspective on the ice sheet, this is what a record setting melt season looks like. 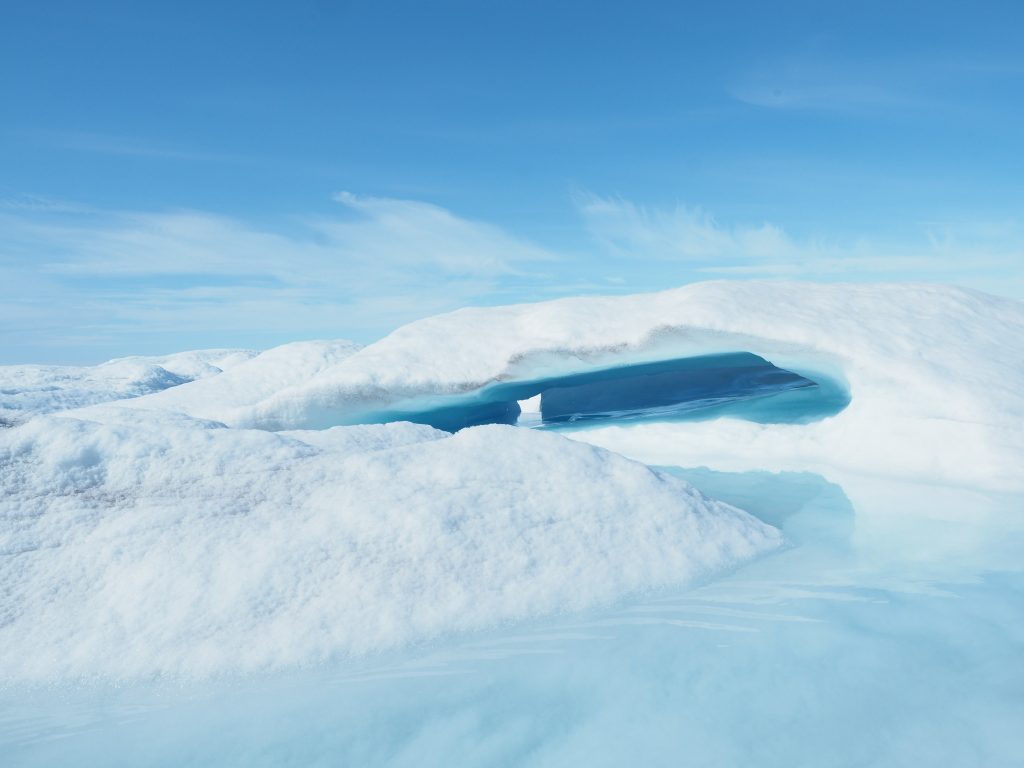 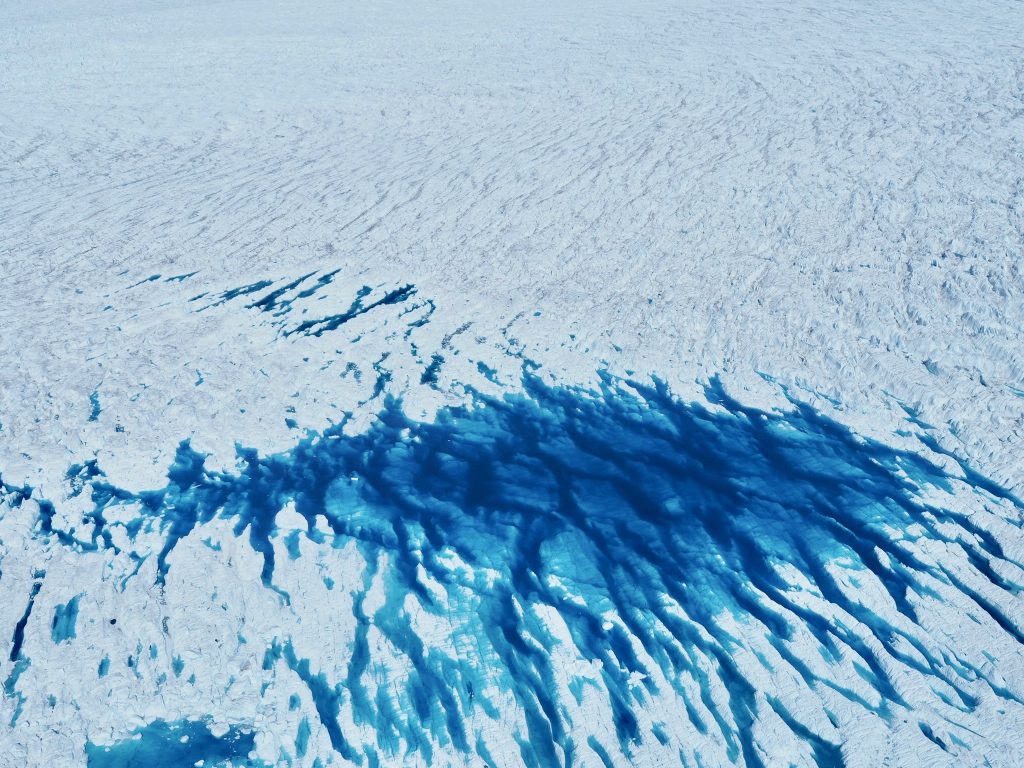 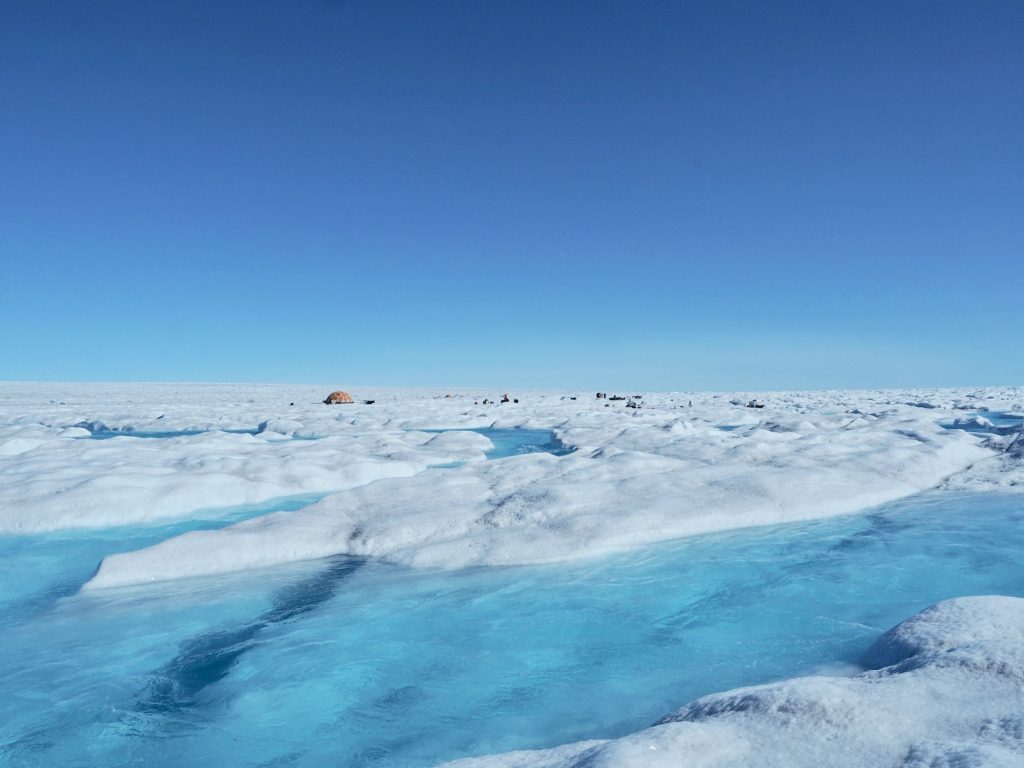 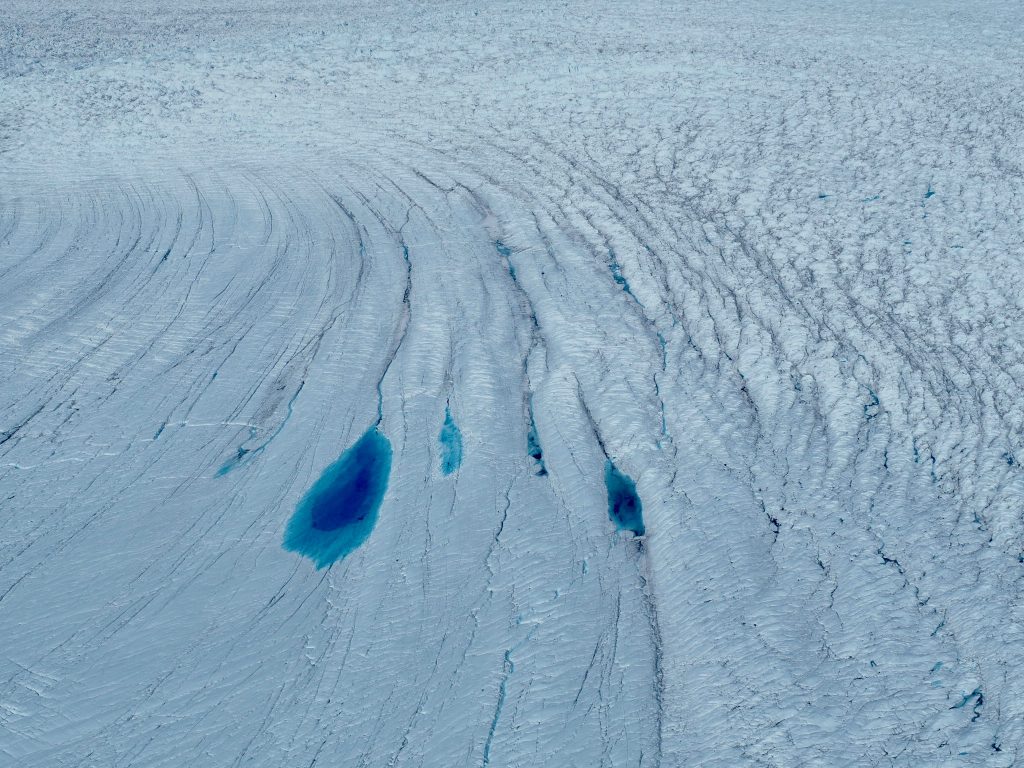 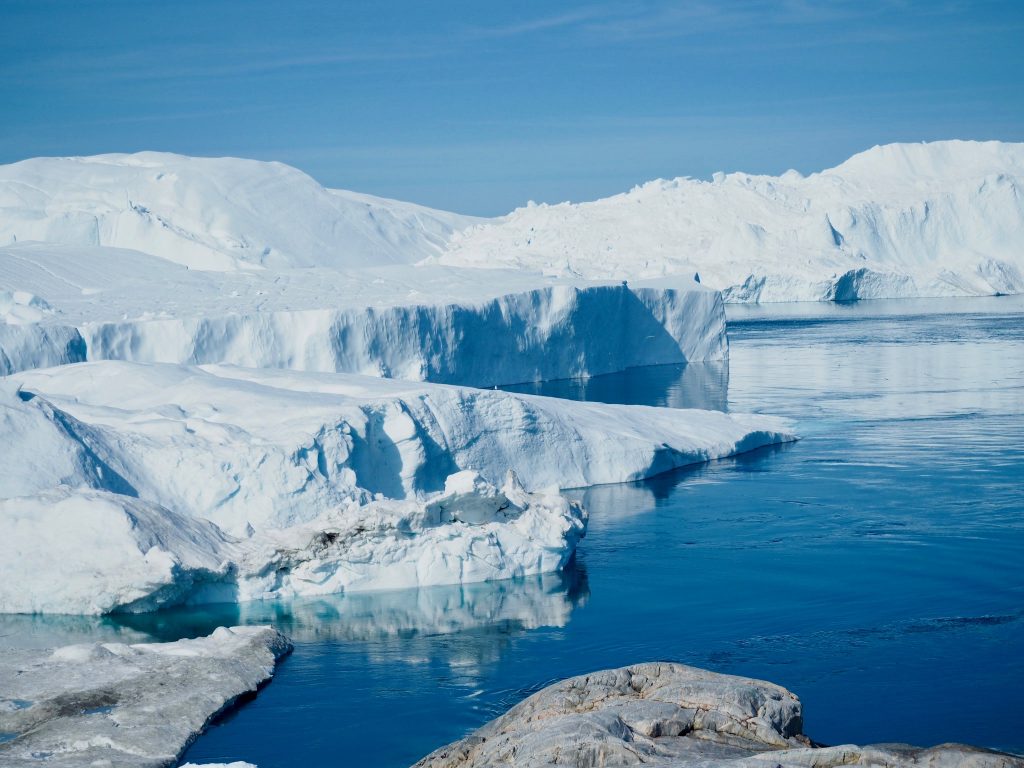 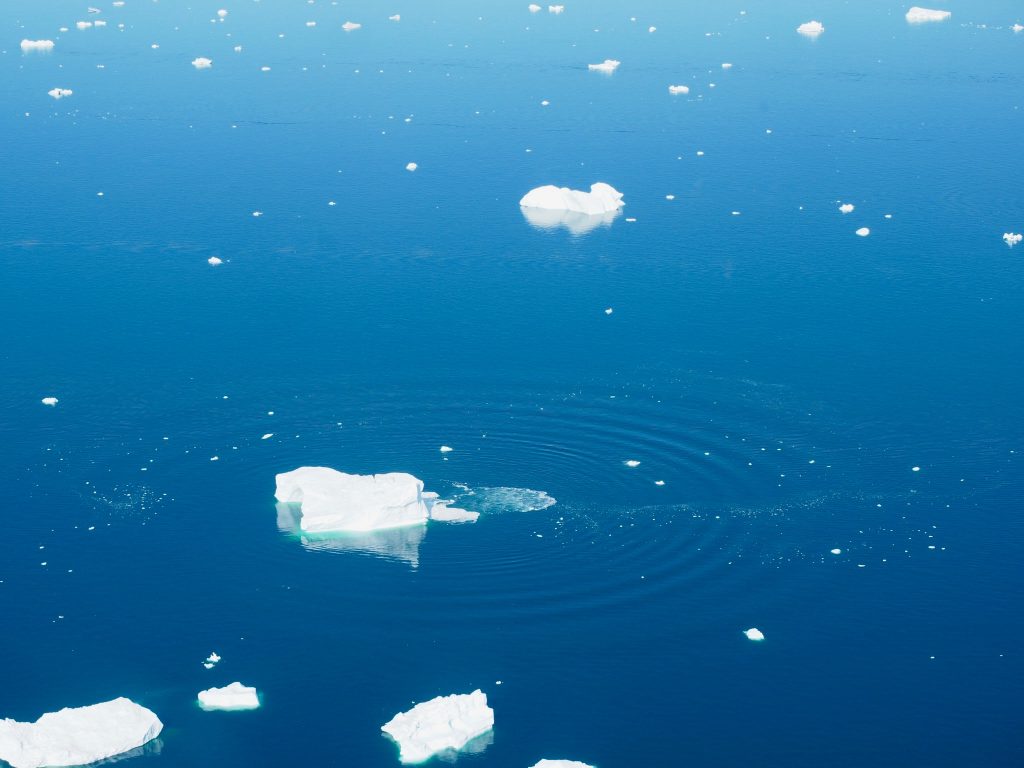 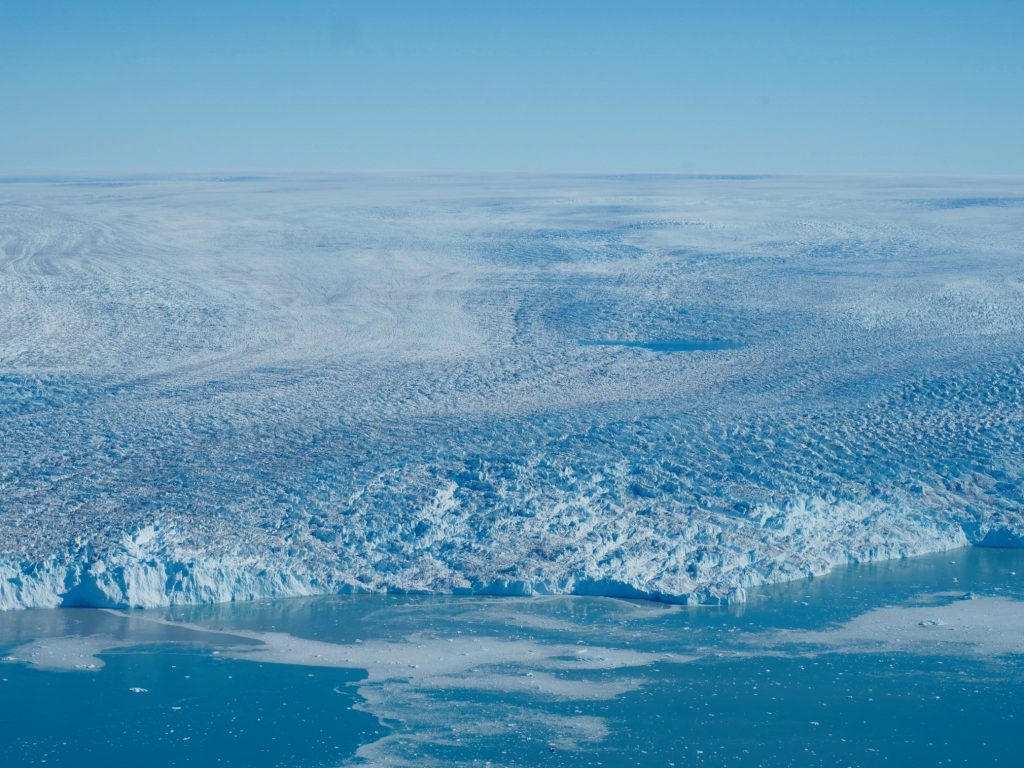 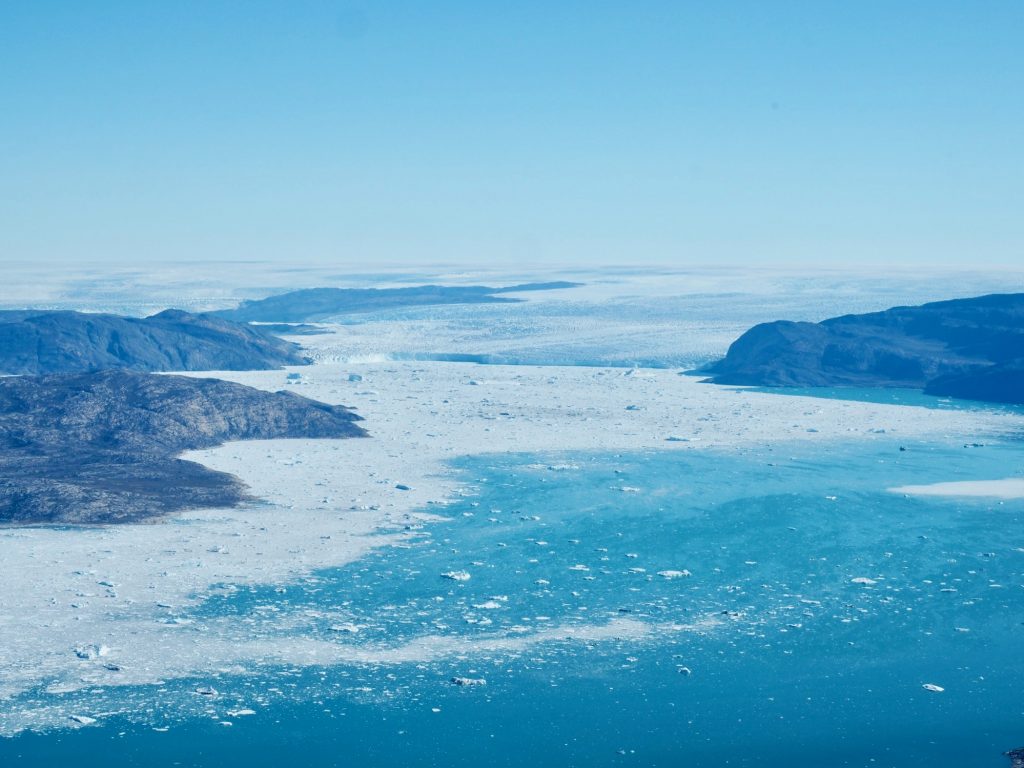 Part 2: What does melt mean for an ice sheet? A glaciologist could answer this question in a lot of ways because melt has many implications. At the most fundamental level, let’s explore some of the roles of meltwater.

Naturally, the lower part of a glacier melts. Even if the climate wasn’t warming, the section called the “ablation zone” is characterized as a region that looses mass via melting. To balance this, there is a region called the “accumulation zone” higher up on the glacier. In this zone there is no melt and instead the glacier gains mass via snowfall.

What happens when the climate is warmed? The balance is perturbed. The net ablation zone expands while the net accumulation zone shrinks.

Since there is more melt than snowfall, the glacier recedes until it reaches a new balance. If warmed enough, large sections of the glacier can be lost before it stabilizes again. In Greenland, I was in the ablation zone and this zone has been expanding over time.

Meltwater also plays a role in basal sliding. Glaciers can slide because of a film of water at the ice bed interface. Naturally, just from the heat due to the pressure of ice weighing down, ice right near the base of the glacier will thaw and a thin water film will develop.

Increased surface melt due to warmer climate conditions can introduce more water to the bed and cause faster glacier flow. How does the water get from the surface to the bed? Over time melt ponds on the ice surface get big enough to cause cracks (hydrofracturing) in the ice and the water drains since it is more dense than ice. This water will eventually make it to the bed adding further lubrication for the glacier to slide.

All this to say meltwater plays many important roles in an ice sheet. Some meltwater is normal for a stable glacier but too much can cause irreversible change. Now behind the news stories and pictures you see, I hope you think about some of the mechanisms of meltwater and what implications this has for a glacier profile.